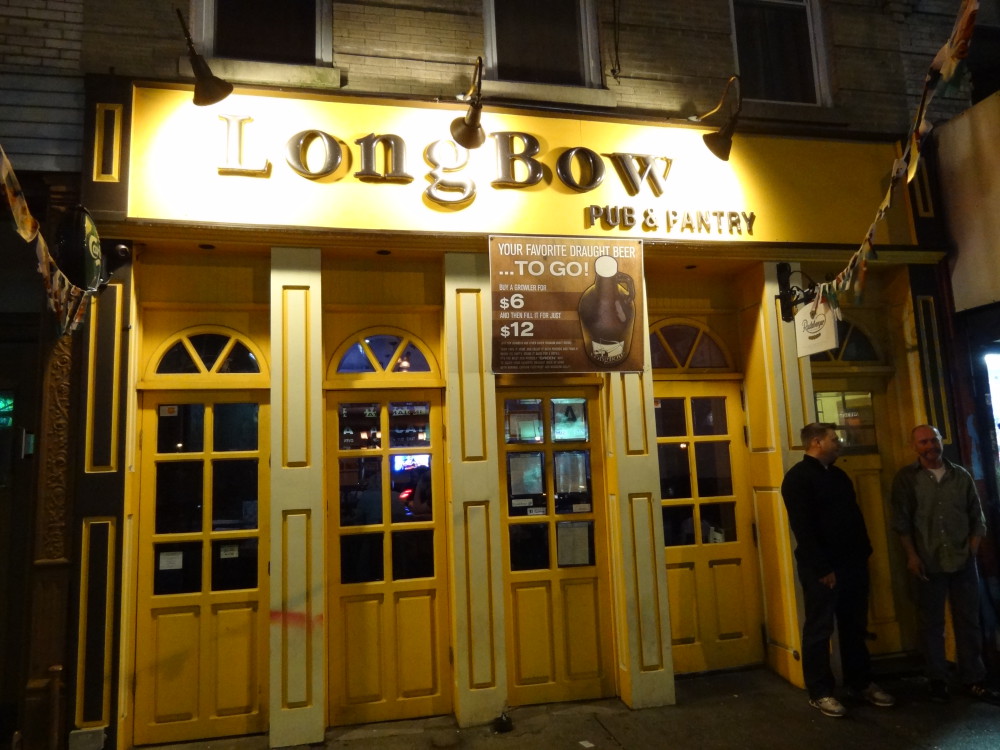 As of this week, there’ll be no more rarebit burgers in Bay Ridge, because Longbow Pub & Pantry (7316 Third Avenue) announced on social media that it has closed for good.

Also, one time I walked into the Bay Ridge Democrats’ convention watch-party there just as Khizr Khan whipped out his pocket Constitution on TV. I’ll miss things like that, too, although I already miss all days that Donald Trump wasn’t president.

You could watch American sports there, but rugby was king at Longbow, along with European soccer leagues, such as English Premiership football.

Michael and Jennifer Colbert started Longbow in 2009 as a way of filling a niche in the neighborhood that they themselves were seeking—a nice place to go out for dinner and stay for drinks, to be able to hold a decent conversation with someone and hear them over the music. The name “Longbow” was inspired by a painting of the Battle of Agincourt, fought in 1415 about halfway through the Hundred Years’ War. Welsh longbow archers under the command of Henry V decisively defeated, with significantly fewer casualties, a French army which outnumbered them four-to-one.

When I spoke to Michael in 2012, before the St. David’s Day celebration (again, who else in NYC does that?), he told me he believes, “Beer is the new wine,” because Americans are more interested now than ever in sampling from the wide varieties of craft beers and import brews, not just sticking with Budweiser and Coors.

Wishing Michael and Jennifer all the best—even though we’ll miss the rarebit.

10 comments on “In Bay Ridge, No More Burgers With Rarebit”