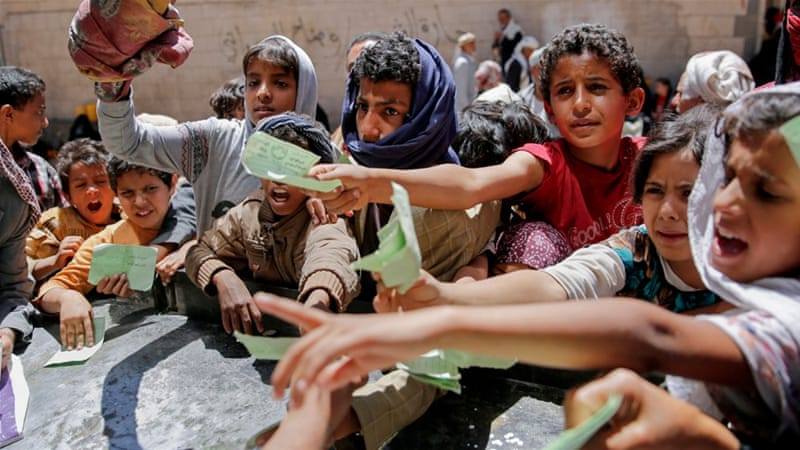 Bay Ridge has a sizable Yemeni–American population, so the ongoing civil war and resulting humanitarian crisis in Yemen has touched many in this community. Last week, the Salam Arabic Lutheran Church (414 80th Street) hosted a panel on the problems facing the country, providing locals with an opportunity to hear from those most impacted by the ongoing violence, including representatives from aide organizations, journalist groups and city advocacy agencies. The panel also provided a powerful platform for those in the Yemeni diaspora who have made Bay Ridge their home.

The numbers are staggering. In recent years, 10,000 people have been killed and two million displaced in war-torn Yemen, at the southern tip of the Arabian Peninsula; seven million are in dire need of food assistance and as many as 14 million lack access to clean drinking water and sanitary conditions, all of which makes this by many accounts the worst humanitarian crisis since the end of World War II. The country is also experiencing a cholera outbreak.

Several speakers had either lived through the violence or had family members still there, and they offered harrowing testimony and urgent pleas for attention and action. A majority of those impacted by violence or its consequences are women and children, and the evening was dominated by the voices and testimony of Yemeni women, many of whom had escaped or had family members unable to escape. Yemeni women have long been leading organizing efforts in the community, and their testimony Thursday night resonated strongly.

Speakers tried all evening to raise awareness. Dr. Golbarg Bashi, who holds a PhD in Middle Eastern Studies from Columbia and is the author of the children’s book P is for Palestine, provided some history. The Yemeni uprising occurred as part of the wider Arab Spring that swept the Middle East in 2011. Protests were directed at long-term ruler Ali Abdullah Saleh, who as a result of public pressure stepped down and transferred power to Abdrabbuh Mansur Hadi.

The Houthi rebels in the Southern part of the country attempted to restore Saleh’s government. In 2015, Saudi Arabia, with substantial U.S. backing, intervened on the side of the Hadi government. In late 2017, Saleh withdrew his support from the Houthis and aligned himself with Saudi Arabia. He was killed by a Houthi sniper in December while attempting to flee the country. Saleh’s assassination led to the biggest outbreak of violence yet, and the humanitarian crisis intensified.

U.S. involvement has as much to do with countering the influence of Iran, which it suspects has been arming Houthi rebels, as it does with supporting Saudi Arabia, its long-term ally, Dr. Bashi said. The Yemeni population is the victim in this proxy war. The Trump administration has basically claimed implausible deniability about the nature and extent of military coordination with the Saudis. United States Central Commander General Joseph Votel admitted during a hearing of the Senate Arms Services Committee last week that the U.S. doesn’t track the use of munitions or refueling supplies that they give to the Saudi government—a stunning admission taking into consideration the number of civilian deaths.

For its part, the House hadn’t even asked CENTCOM for any accounting or strategic assessment of its coordination with the Saudi government. The Trump administration has taken congressional silence as permission to act as it wants. As usual, this administration shoots first and refuses to answer questions later.

In addition to raising awareness and providing historical and political context for the crisis, speakers had concrete actions for audience members to take. In particular, they wanted to build support for Senate Joint Resolution 54, the “Sanders–Lee bill,” which demands an end to U.S. support of Saudi military operations in Yemen. Sponsored by a bipartisan group of Senators including Bernie Sanders, Democrat from Vermont, and Mike Lee, Republican from Utah, as well as others, the bill invokes the 1973 War Powers Resolution, which limits the President’s authority to wage war without specific congressional approval.

UPDATE: On Tuesday afternoon, the Republican-controlled Senate voted 55 to 44 to table the resolution.

A vote on the Sanders-Lee Bill had been scheduled for March 15, but it wasn’t put on the docket; the Trump administration is pushing back hard. Defense Secretary Jim “Mad Dog” Mattis wrote a letter to lawmakers that same day urging them not to limit the use of U.S. support, because, he said, U.S. involvement is noncombat and therefore doesn’t fall under the War Powers Act.

The Sanders–Lee Bill argues that, without U.S. involvement, the Saudis would be unable to carry out their bombing campaigns. The bill reintroduces accountability and oversight and hopefully will begin the long overdue process of reigning in an executive branch that seems to conduct its most consequential foreign policy by Tweet. The bill is scheduled for introduction this week, most likely Tuesday or Wednesday, although it’s not clear if it will get a hearing. Meanwhile, the conflict continues to spiral into chaos.

One reason the situation is so difficult for Yemenis living in the U.S. is that Yemen is one of the countries affected by Trump’s Muslim ban, which is currently in effect, writes Yemeni–American and Bay Ridge resident Rabyaah Althaibani in a recent op-ed in The Daily News. As a result, families are unable to be together, scattered as they are across the globe, displaced by U.S. bombs and rejected by U.S. bans.

This panel—co-organized by the National Writers Union, the Arab American Association, the Arab–American Family Support Center and Brooklyn for Peace—was a stark reminder of the ways in which the local and the global intersect in very real, painful and poignant ways. As the presenters reminded us, solidarity needs to be based not on decontextualized notions of diversity but on an awareness of the issues facing the communities we live among—and of our own complicity with our government’s actions if we fail to speak out.