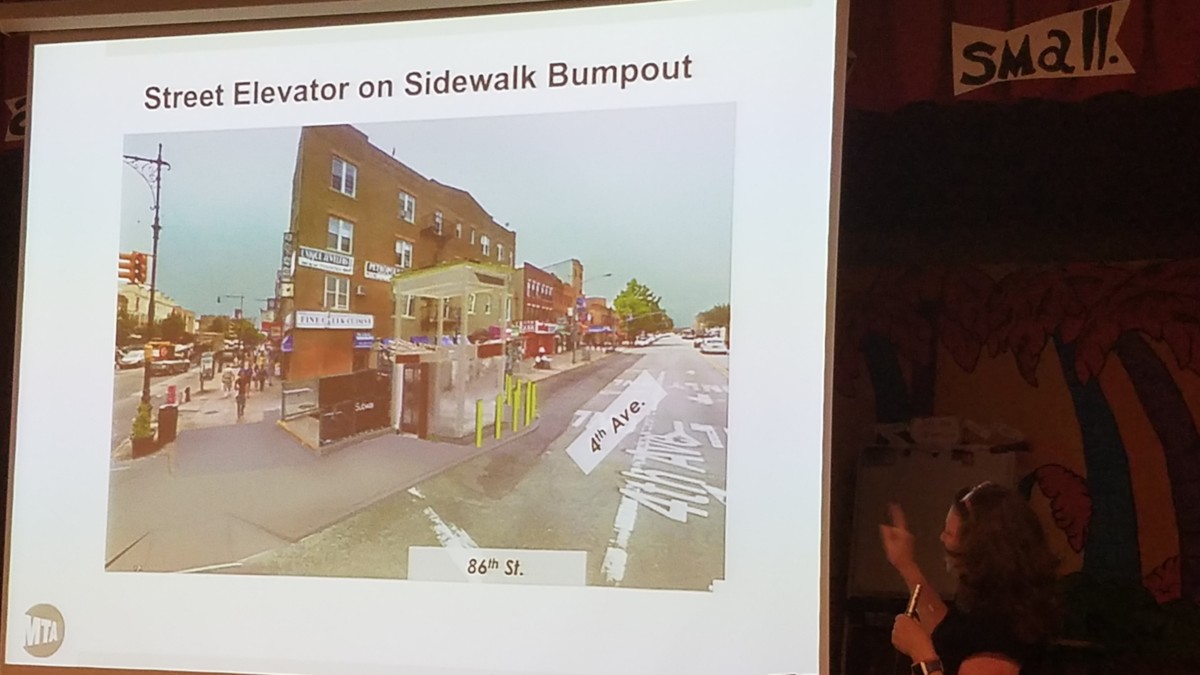 Construction on the long-delayed elevator at the 86th Street subway station is finally scheduled to begin. The MTA presented an update on the project to Community Board 10 earlier this week. Here’s what you need to know.

The street elevator will be on a bump-out — It will be between the staircase on the southeast corner of 86th Street and Fourth Avenue (outside the Greek restaurant) and the street, and it will narrow the crossing distance for pedestrians crossing Fourth Avenue. The bump-out will create a buffer between moving traffic on Fourth Avenue and subway riders exiting the station using that staircase, but puts people using the elevator close to traffic.

Members of the community board and the public expressed concern for pedestrian safety here. One idea was to take the bollards that the MTA has in its present design, to protect the elevator, and extend them to the curb cut, to protect pedestrians. (Representatives from the MTA noted that bollards would not be allowed to impede ADA access, as that would defeat the purpose of the project.)

The new lane configuration has not been decided — The new street-elevator will occupy a position currently used by S79 buses as they make their first passenger-pickups on the route. Multiple buses typically queue across the length of the block during rush hour. If there is no change to lane configuration, S79 buses will queue behind the elevator. When they depart, the buses will need to merge with moving traffic before making the right turn (just like almost every other bus stop in the city, but it would be a new feature here).

There were no DOT representatives at the meeting, and the likelihood of that scenario, versus the removal of a moving car lane, wasn’t discussed, though a few public commenters raised the concern of increased congestion if a car lane were removed.

A new street-level staircase will be built — in fact, that’s happening first! It will be on the southwest corner of 86th Street and Fourth Avenue. After it opens, the existing staircase will be rehabbed. The new staircase and the rehabbing of the old one are scheduled to be finished by the end of this year. There will be 5-foot pedestrian walkways on both sides of the construction area during this time. 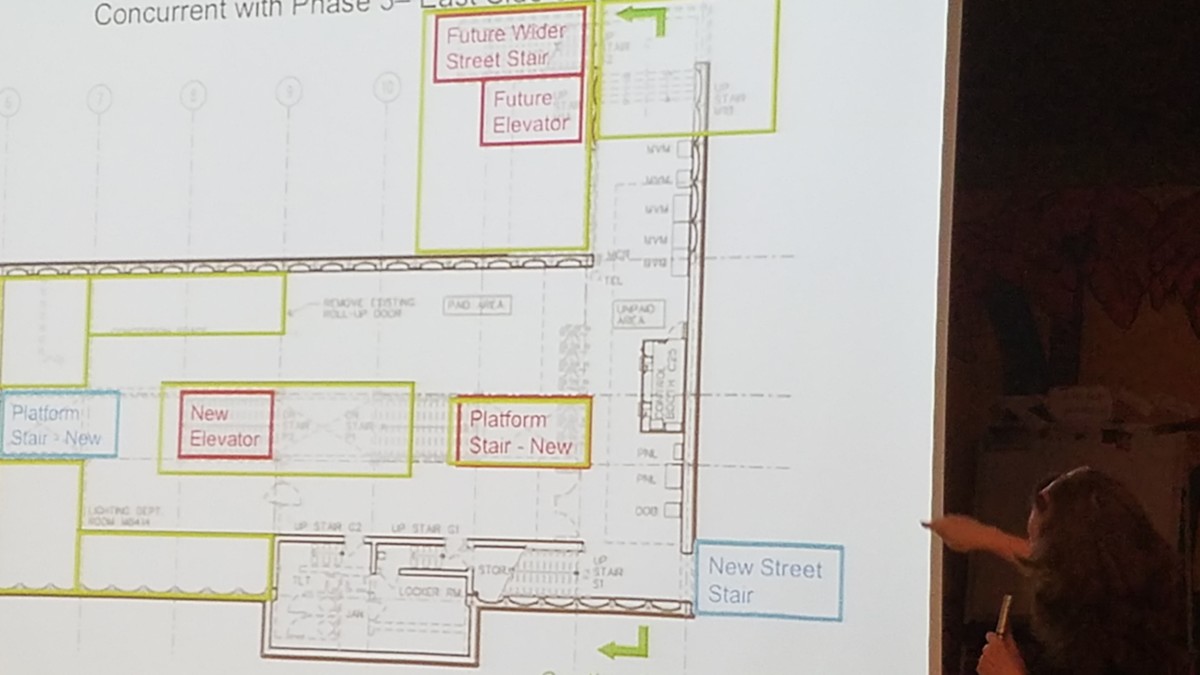 The platform-level staircases on the 86th Street end will be relocated — in order to make room for the elevator, two new staircases to the platform (farther apart from each other) will be built, and the existing ones will be removed. The new platform elevator will go in the middle. 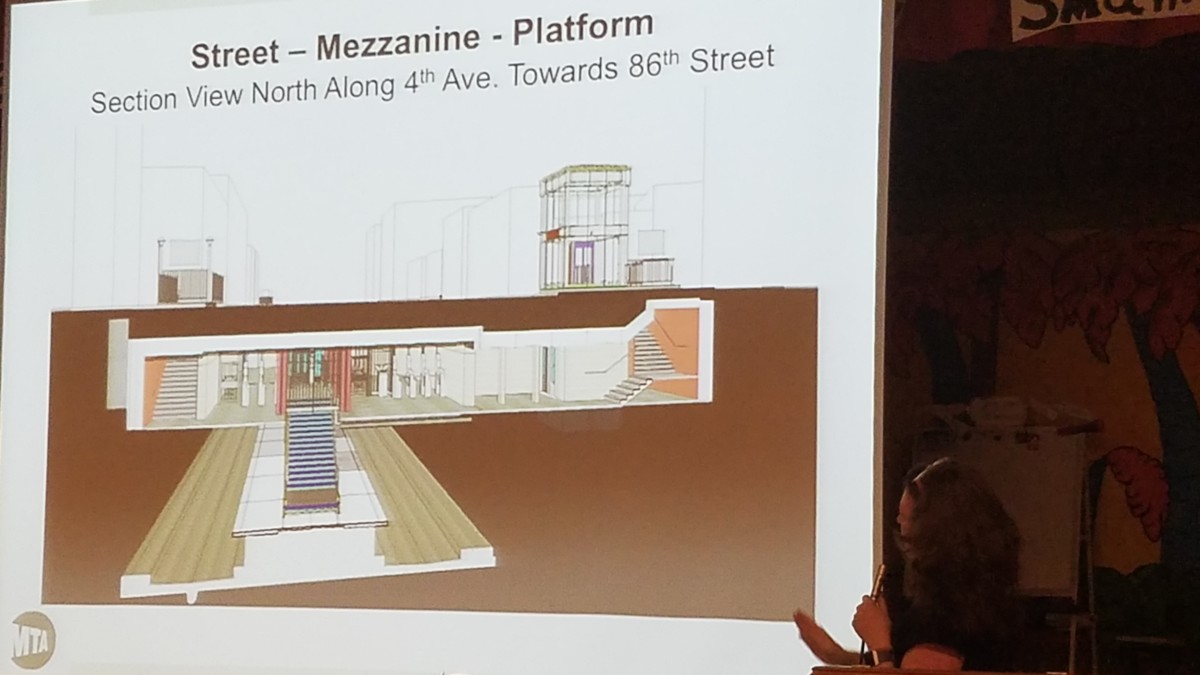