Islamophobia has real-life consequences for many here in Bay Ridge, which is one reason the local GOP’s recent invitation of prominent Islamophobe Sebastian Gorka to our area set off such a firestorm. The subject drove an engaging discussion this week when a dozen people turned out on a rainy afternoon to the Arab American Association of New York (7111 Fifth Avenue) to hear Khaled Beydoun discuss his new book, American Islamophobia: Understanding the Roots and Rise of Fear.

“Much of my academic work wasn’t really trickling down, and it wasn’t really accessible to communities that I wanted to reach,” said Professor Beydoun, who teaches at the University of Detroit Mercy School of Law and appears regularly as a commentator in the mainstream media. He uses words and concepts such as “Orientalism” and “intersectionality”—and invokes the names of academic writers such as Edward Said and Kimberlé Crenshaw—but he wears his learning lightly.

American Islamophobia is about the historical roots and recent manifestations of anti-Muslim sentiment. Although Islamophobia is a feature of white supremacy, Beydoun says that it’s not exclusive to the right—it’s also on the left, among pundits such as Bill Maher or thinkers such as Sam Harris. He even finds traces of Islamophobia and anti-blackness within the Muslim community. Beydoun provides a rich and urgent account of the complex ways that Islamophobia has become such an ingrained part of American culture. 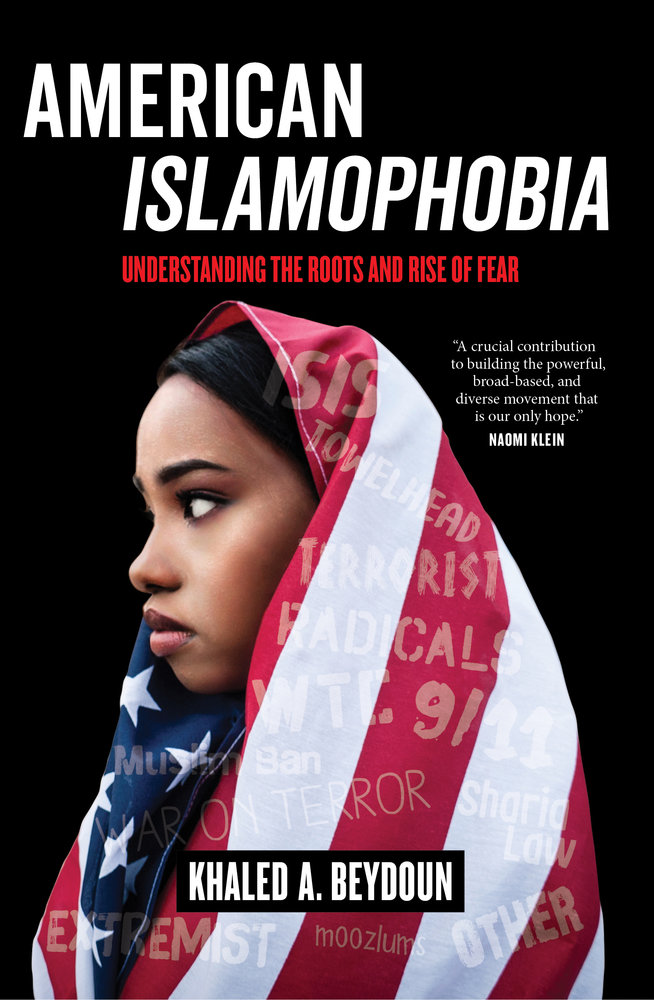 On the one hand, the Islamophobia we see today is nothing new, Beydoun said. He traces it back to the founding of our country. From 1790 to the 1940s, “Muslims were statutorily barred from becoming American citizens,” he writes. Tied up from the beginning with anti-blackness, anti-Muslim sentiment was a form of “othering” that accentuated differences in order to exclude certain groups from society. While not new, Islamophobia has reached a crescendo in the years since 9/11 and especially now with the election of Donald Trump, whose campaign was fueled by xenophobia and hate. What is unique about Islamophobia today is the virulence with which it’s proclaimed by individuals, and its legitimization through policy and law.

During a Q&A, an audience member asked Beydoun who the book was written for—Muslims or whites? Beydoun said it was written with both audiences in mind. There are sections that ask whites to think more deeply about the nature of their allyship and the dangers of assimilationist discourse, and there are sections that ask Muslims to examine their own roles in furthering anti-black or anti-LGBTQ sentiment within their communities. American Islamophobia is not just a cultural history or an anatomy of a term but also a toolkit for those looking to understand better and remedy this blight on our national psyche.