Two Democratic state assembly candidates finally met to debate last week, after one candidate was a no-show at an earlier event in Bay Ridge. The community room at Trump Village, in Coney Island, was at capacity for the eagerly anticipated clash, with constituents from both ends of the district turning out to hear Mathylde Frontus and Ethan Lustig-Elgrably articulate their visions for the 46th assembly district (which extends from Bay Ridge to Coney Island).

The event was hosted by Bklyner and moderated by reporter Kadia Goba. It was livestreamed; you can watch it here.

Bay Ridge doesn’t factor much in this primary (a perennial problem); Chris McCreight, founder of the Bay Ridge Democrats and chief of staff to Councilmember Justin Brannan, dropped out of the race in July. Most of the questions at the debate focused on issues relevant to Coney Island, but the other side of the district did come up. In response to a question from the audience about how the Coney Island candidates proposed to win Bay Ridge, Lustig-Elgrably said he had knocked on doors throughout the district and handed out flyers, while Frontus pointed to the numerous “Meet Mathylde” events she has hosted since the beginning of the year, as well as appearances at coffee klatches and local-activist group events. She also touted the personal connections that she has been building in the district. 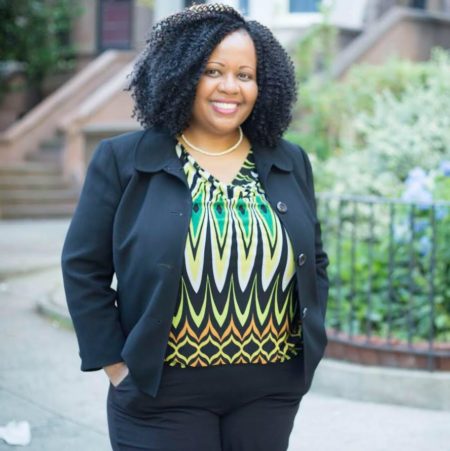 Frontus is the founder and director of Urban Neighborhood Services, as well as two anti-violence organizations, Coney Island Coalition Against Violence and the Coney Island Anti-Violence Collaborative (whose members stood in solidarity with Bay Ridge when the NRA recently snuck into town for a fundraiser). She holds a PhD from the Columbia University School of Social Work, where she specialized in social policy and administration. This is her first political campaign.

Lustig-Elgrably worked briefly for the parks department and then as legislative director and chief of staff for Councilmember Mark Treyger. He studied anthropology while in college. 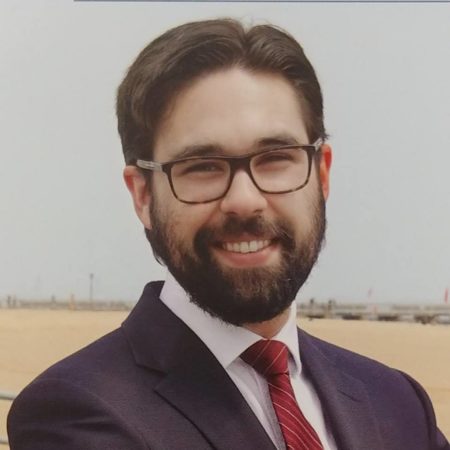 In opening remarks, the candidates spoke about their backgrounds, their roots in Coney Island, as well as their legislative priorities. And they both pointed to the diversity of the district as one of its strengths. The questions covered such topics as affordable housing, education, NYCHA, whether a BID is right for Coney Island, as well as the electoral system itself. Corruption was only briefly touched upon.

This was the first time that the two Democratic hopefuls appeared together. (On the Republican side, Steve Saperstein is running unopposed in his primary.) At an earlier forum in Bay Ridge, organized by the Bay Ridge-based group South Brooklyn Progressive Resistance (SBPR), only Frontus showed up, despite invitations being extended to both candidates.

Both candidates had a little trouble during the event. Frontus seemed shaken by some heckling from one part of the room, and Lustig-Elgrably responded to a question, about how he could relate to someone’s living in public housing if he’d never lived there, by citing his anthropology studies while in college, which elicited puzzlement. But both candidates also had breakout moments. For Lustig-Elgrably, it was when he said that if he lost the primary, he would still support Frontus, sending a signal to Democrats about the importance of party unity in this crucial race. For Frontus, it was in response to a question about whether she could win without establishment support; she grabbed the mic, stood up and asserted her independence from machine politics, whether in Coney Island or in Bay Ridge, a rare moment that united the crowd, drawing applause from almost everyone.

The candidates’ websites (Frontus and Lustig-Elgrably) have more information about where they stand on various issues. Bklyner also previously distributed questionnaires to all of the candidates; the first four of the five sets of responses can be found here, here, here and here.

The primary will be held on Thursday, September 13. You can find your polling place here.

Parts of Bay Ridge are represented by different members of the state assembly, including Nicole Malliotakis and Félix Ortiz. The assembly seat for the 46th district (map) is presently vacant, after Pamela Harris resigned following indictments on fraud charges. Find your assembly district and representative here.