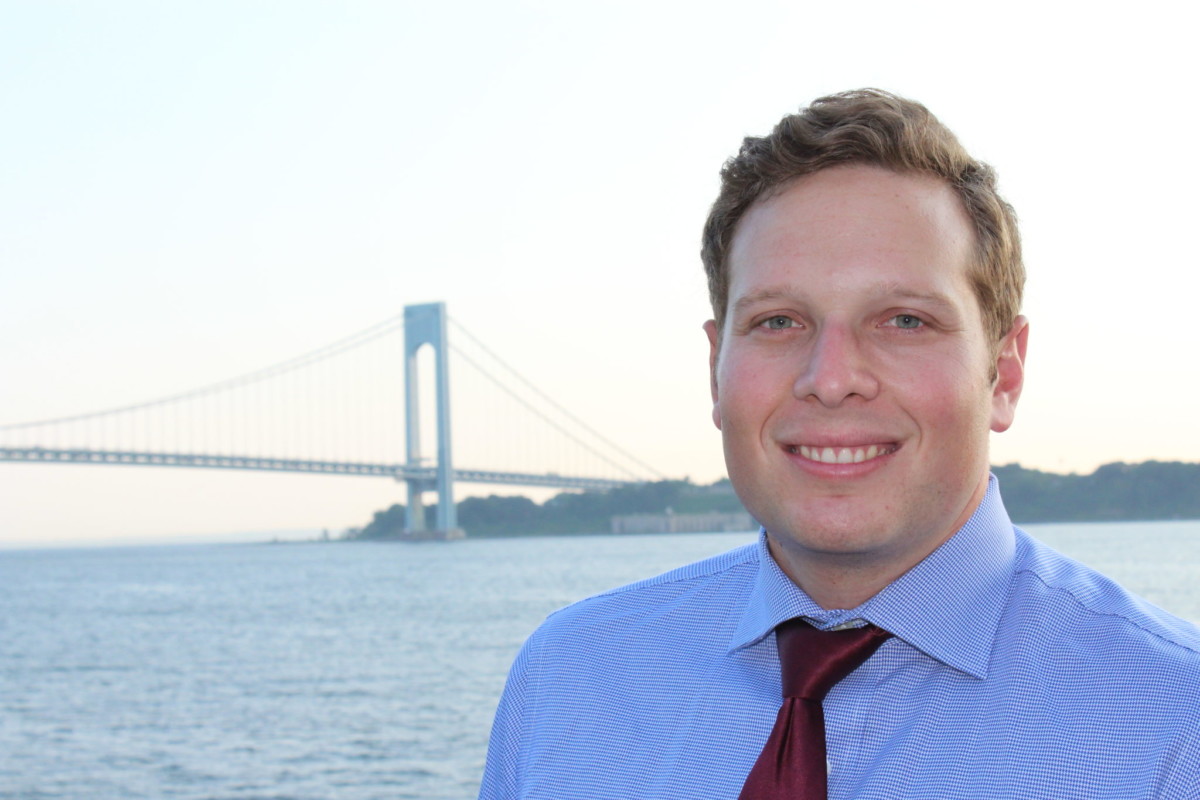 Before the Democratic primary on Thursday, September 13, 2018, for the state senate seat that represents Bay Ridge, Dyker Heights and parts of Bath Beach, Bensonhurst, Gravesend, Sheepshead Bay, Marine Park and Gerritsen Beach (presently held by Marty Golden, against whom the winner will run), Hey Ridge will run op-eds by supporters of the two candidates: Ross Barkan and Andrew Gounardes.

It’s important to isolate the moment in which an election takes place. Framed by both the lessons of the past and by the promise of the future, elections give us the awesome ability to summon our best hopes and hard-earned knowledge to unlock our community’s potential. Knowing this, and understanding the unique nature of this moment’s promise, I support Ross Barkan in the 22nd district’s democratic primary for state senate.

I first came into contact with Ross in ways that I thought were happenstance. I was waiting with my wife for the R train at 86th Street when he and a young volunteer approached. He asked us for our signatures so that he could get a spot on the Democratic ballot in the primary election on September 13th. Thinking that adding more voices to the field was in the party’s best interest, I eagerly signed and began talking to Ross more deeply about the issues. It wasn’t long before I realized that the race that he was running was singular, and that our first meeting didn’t really happen by chance; it happened because Ross knew what I and other progressives have always understood but don’t often have the opportunity to endorse at the ballot box—the simple principle that our communities need candidates tied to nothing but our highest ideals and us, the people they serve.

Ross’s role as an advocate for this principle in the political arena has come about in ways that he admits are unconventional. Born and raised in Bay Ridge, where he still lives, he hasn’t spent his time looking for avenues to power; instead, he has constantly found ways to empower others. This was his aim as a substitute teacher at Fort Hamilton High School, as it was when he worked as a journalist and focused his lens on issues important to our community. In distinguished publications such as the New York Times, the Village Voice and the Observer, Ross wrote about political corruption within our state and provided a megaphone to those in our district who suffered in the aftermath of Superstorm Sandy. Ross carried the voices of his community throughout the state, so that they might echo in the halls of power and earn our district’s residents the representation they deserve.

Now Ross is asking that we allow him to continue advocating for us, this time in the state senate, and he’s put forward an agenda that promises a state government that directly serves us, not special interests. For too long, at the local and national levels, we’ve been told that there has to be some intermediary force between us and our government. We’ve been told, for example, that having an insurance-company bureaucrat between us and our doctor is what creates efficiency within our healthcare system. We’ve been told that the only way a tax code can meet the needs of a community is by enriching the already wealthy, so that they can redistribute their wealth to us in the form of higher wages.

This is not the vision that Ross asks us to vote for on September 13. He promises a voting record that recognizes the failures of current policies and the cynical politics that has allowed them to thrive. He advocates for universal access to healthcare as a right of state citizenship, and he will stand between the draconian immigration policies that rip apart our communities. He is not compromised by monied interests. In fact, he’s the only progressive candidate in this race that has refused to take any campaign donations from real estate developers, and, just as he refuses to allow special interests to get between you and your representation in Albany, he vows that he’ll remove the broken bureaucratic practices of the MTA that have gotten between you and your commute to work.

Ross’s campaign offers the best vision for our district. It’s a form of politics that’s responsive only to us, his future constituents. Ross understands what has failed our community in the past, and he’s formed an agenda that turns the page on a chapter of failed politics and compromised politicians. He offers us a moment to seize a platform and candidate that speaks to our best hopes for the future—and I will grab hold of it on September 13, knowing that in doing so I’m bringing both our district and the political process its best chance at reform.

Look up where and when to vote, as well as who and what will be on the ballot, here.